The story & rich history of football in Newcastle 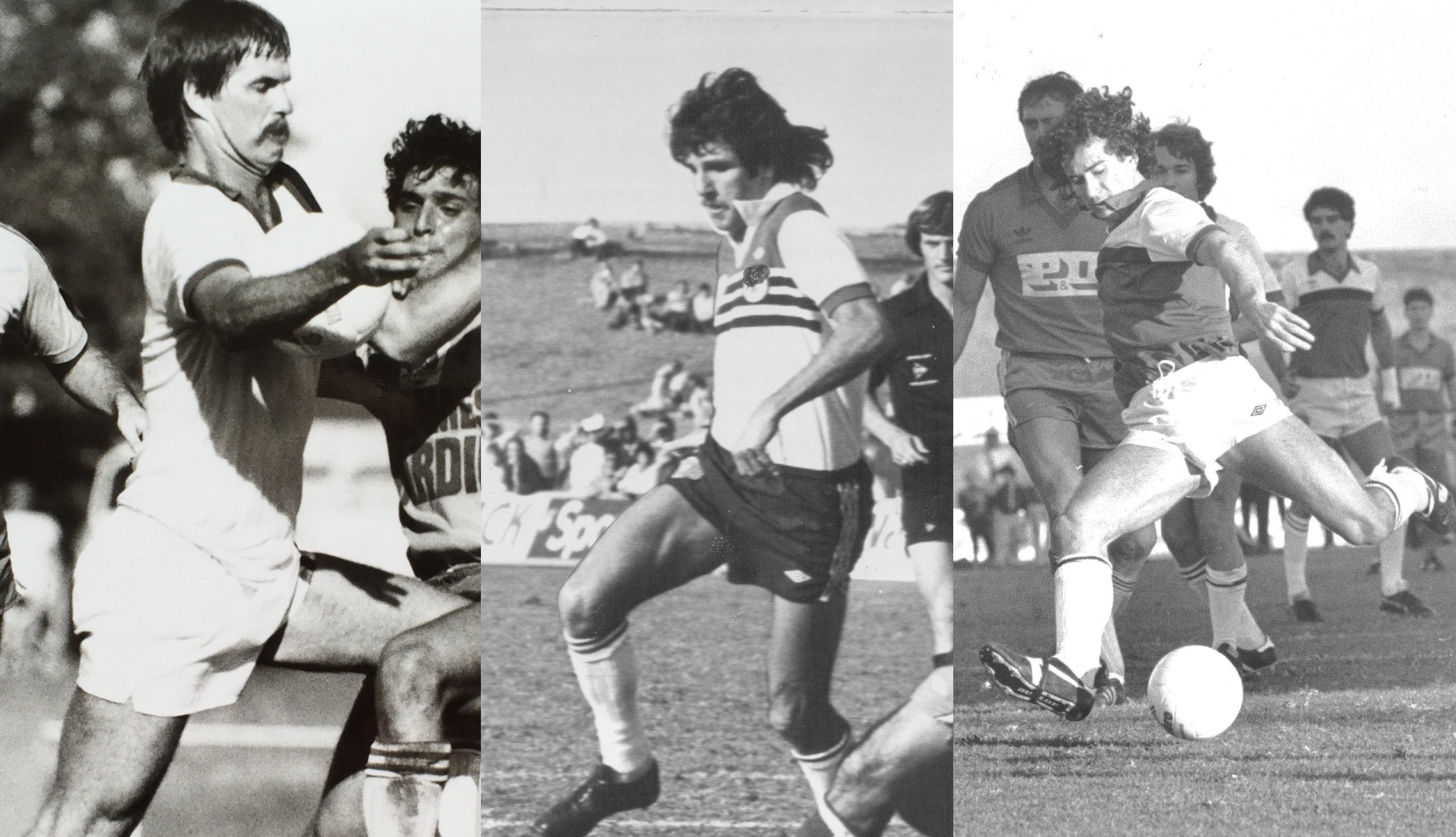 Football in the Newcastle region has a rich and powerful history.

The story preceding the inception of the Newcastle Jets features a series of highs and a catalogue of lows for Clubs which once stood to represent the Novocastrian footballing faithful.

Footballing traditions ran deep in the Wallsend and Adamstown suburbs between the 1940s and 1960s.

Success was ingrained into the fabric of these local clubs.

Wallsend FC was founded in 1887 and has achieved at the state league level.

Alf Quill and Pippy Wilknison are some of the names who have etched their way into the history books of Wallsend FC.

Adamstown Rosebud was founded in 1889 and have a State Premiership in their trophy cabinet.

Alec Cameron and Cyril Nichols are legends of the club and have rightfully earned their spot in Newcastle footballing history.

In 1977, a new football club was formed, Newcastle KB United.

This club would revolutionise the footballing scene in Newcastle and spark an immense response from the community.

Newcastle KB United would enter the National Soccer League (NSL) in 1978 and were renowned as a fierce opponent. 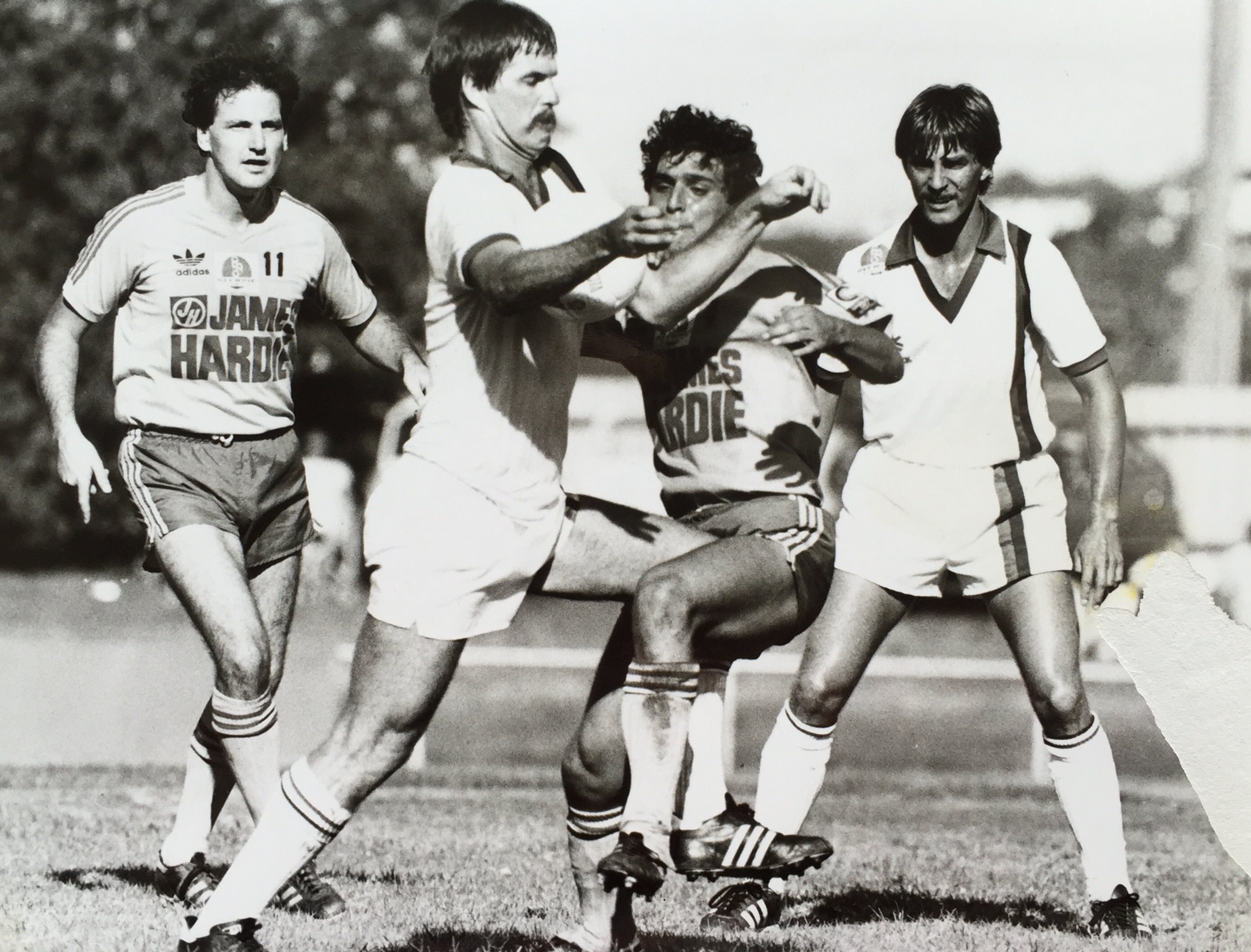 In a predominantly white kit, which featured a horizontal emerald top with cinnamon stripes slightly below, Newcastle KB United played in an iconic set of colours.

The active support group, The Rowdies would stand behind their team and create an electrifying atmosphere at the Newcastle International Sports Centre.

Word would get around the town of Newcastle and soon droves of fans would come out to back their club.

Crowd numbers would climb above 10,000 and Newcastle KB United would provide the fans with a showcase of the local footballing talent.

Here are some of the icons from the Newcastle KB United era:

English footballing legend Sir Bobby Charlton who made over 600 appearances for Manchester United, would make a singular appearance for Newcastle KB United, with the likes of Craig Johnston also playing a handful of games for the Club in 1978 and 1982.

Glory was seemingly destined in Newcastle KB United’s journey; however, financial struggles would be beginning of the end for the club.

Local interest and crowd numbers would begin to dwindle over the coming years.

Newcastle KB United would fold after a tumultuous few years in 1984.

A new chapter would emerge and an NSL football team in Newcastle would continue.

Newcastle Rosebud United formerly known as Adamstown Rosebud would secure their license in the NSL in 1984 off the back of Newcastle KB United’s insolvency.

The newly formed Newcastle club would claim the National League Cup title in 1984, with a 1-0 victory over the Melbourne Knights.

Newcastle Rosebud United would go on to compete in the NSL for a couple seasons.

Come the end of the 1986 NSL season, Newcastle Rosebud United were relegated from the competition which marked a dark period in the Newcastle’s footballing history.

Newcastle’s presence in the NSL had come to an end and professional footballing development had come to a halt in the region.

It would be over five years before Newcastle would have a new challenger in the NSL, with the Newcastle Breakers coming to the fore in 1991 as the new representative club of the region.

A town built on its coal industry, the Newcastle Breakers came to resemble and epitomise the working-class Newcastle community.

BHP Steel would sit as the major sponsor on the Newcastle Breakers jersey with a mixture of red and blue shaping the primary colours of the kit.

Here are some of the players from the Newcastle Breakers era:

The Newcastle Breakers struggled from a competitive standpoint and never reached the finals of the NSL.

After several disappointing campaigns and a cloud of financial uncertainty hanging over the Newcastle Breakers, the club would dissolve in 2000 at the turn of the century.

This would be the impetus to the introduction of Newcastle United in 2000.

Businessman Con Constantine was the owner of Newcastle United and on top of the new Club hierarchy.

Newcastle United went on to compete in the NSL and was a growing force in the competition.

Football in Australia would enter its next phase in 2005 with the A-League becoming the leading footballing competition on the continent.

Newcastle United would undertake a remodelling process and alter its public image, badge and icon.

Today, it is the Newcastle United Jets Football Club.

Newcastle has an enduring footballing legacy which has been built on the footballing endeavour and desire of the Novocastrians.

The Newcastle Jets hold the footballing history of the town as a core value of the club and use it as a reminder to know who they are representing.